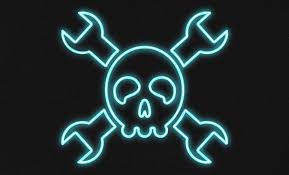 The Emotet banking Trojan was first identified by security researchers in 2014. Emotet was originally designed as a banking malware that attempted to sneak onto your computer and steal sensitive and private information. Later versions of the software saw the addition of spamming and malware delivery services—including other banking Trojans.

when scanning malware using VirusTotal website we can see that the malware is detected by 61 out of 70 security vendors as Emotet malware and we can see the results in the next figure.

I will open malware with Detect It Easy tool to see some information about Emotet malware like compiler, type of packer (if the malware author used a commercial packer to pack it), type of linker and more information We can see the results in the next figure. 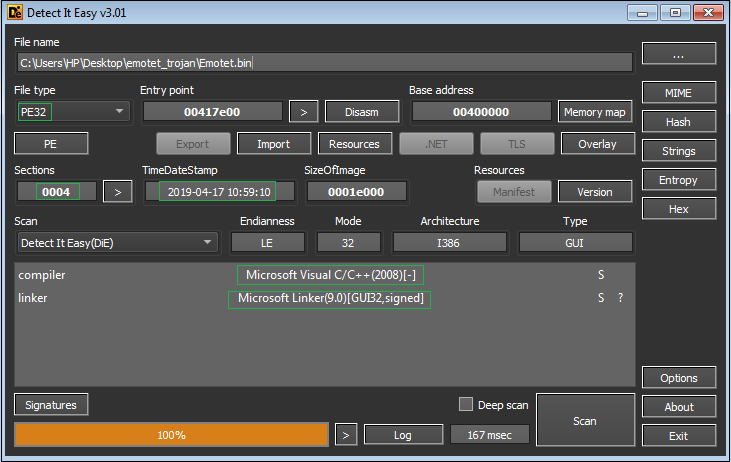 From the previous figure, we can identify some information about Emotet malware such as:

From the previous figure we can see the four sections and packed section called “.text” and see the entropy value “7.15835” which gives us a good indicator that this Emotet malware is packed.

Now we will examine the section with pestudio tool to get an overview about sections and some information about every section. So, we can see four sections in the malware and we have one packed section called “.text” that has a high entropy value. We can also see that “.text” section is executable and we can see the results in the next figure.

If we examine the strings of malware, we can identify a lot of malicious strings that give us information about the behavior of the malware and what it tries to do on a system and we can see the blacklist in the next figure.

After examining the malware with a static analysis tool, we can use a great tool called “IDA Pro” to help us understand assembly code and functionalities of malware. It is also a great tool to identify packed malware with some techniques and we can see the following techniques.

from the previous figure, we can see two indicators telling us that this Emotet malware is packed. After examining the malware with IDA Pro, we can get also some common techniques used by malware analysts to identify packed malware.

If a malware is packed, we can search in code for:

This is because malware authors use custom packers which throw the malware into multiple loops and some encryption routines to decrypt payload in runtime (to avoid antivirus and any security solution tools). So, if we go to start function from exports and click on “start” function and examine the code there, we can identify an interesting function that we will deep into to see how the malware author used it to unpack the malware in runtime. We can see the name of function in the next figure from the “start” function. 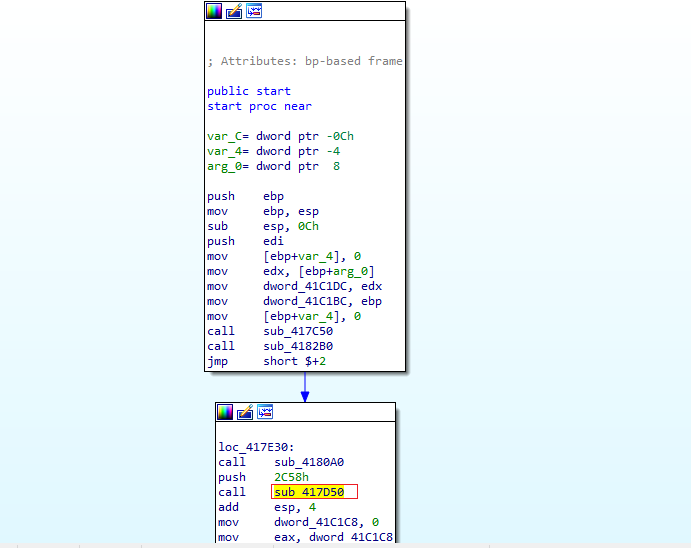 After going into the function, we must first talk about the function’s prologue and epilogue. Every function in assembly code has three parts. The first part is the “prologue”, while the third part is the “epilogue”. And we know that the first and third parts are simply a set of instructions that set up the context for the function when it is called or cleaned. The prologue performs such operations as:

we will show the syntax in the function and this syntax depends on the architecture that we work on. So, the syntax can be different from one architecture to another.
We can see the following syntax for x86 assembly:

But when we see the epilogue the function we can see that it is different from normal epilogues, and that the malware authors used it to complicate the process of reverse engineering.
We can see the results in the next figure 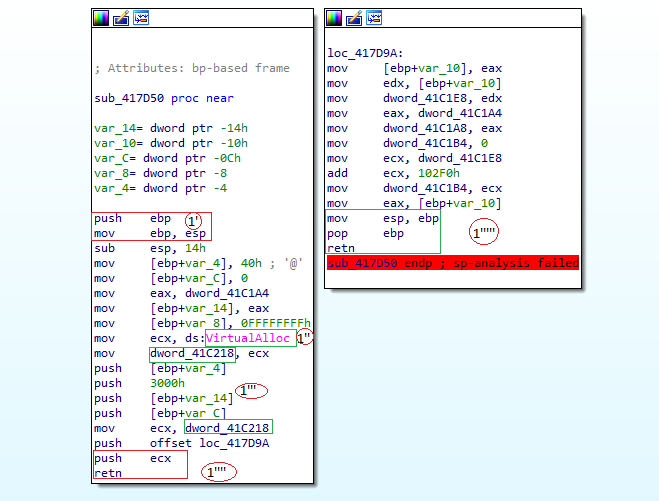 From the previous figure. We can see that:

If we return to the start function and dive deep into code, we can see jump ecx. This is a good start for debugging the code in x32dbg.
We can see the instruction in the end of the “start” function: 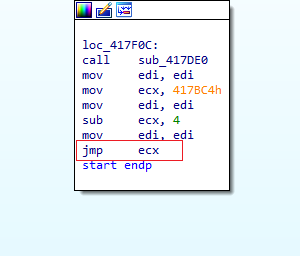 We will show how to play with the code in the debugger to unpack Emotet malware in the next part.